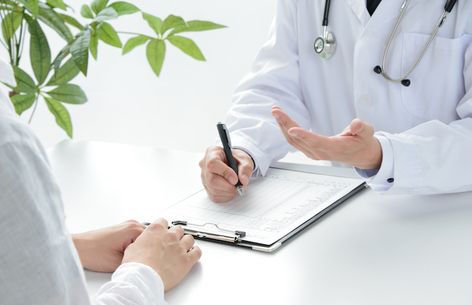 DOCTORS ARE INCREASINGLY PRESCRIBING MEDITATION INSTEAD OF DRUGS

Meditation techniques have proved highly successful in treatment of stress related symptoms and other associated diseases. In the following article we will examine the use of these techniques and their application within the medical field, with a brief review of relevant research. Many people normally operate at levels of stress which can even improve their level of performance. However, if the levels of stress are excessive and prolonged, the individual's ability to cope can suffer, causing damaging levels of neurophysiological stress and symptoms of ill health and disease.

When subjected to mental or physical stress, the autonomic nervous system (ANS) initiates a complex series of neurophysical and biochemical changes. The two branches of the ANS - the sympathetic and parasympathetic nervous systems - are responsible for the regulation of those changes.

The sympathetic nervous system is concerned with arousal and preparing the body for action. For example, it accelerates the heart and pulse rate, constricts involuntary muscles, dilates the pupils, increases the respiration rate and activates the secretion of adrenalin and noradrenaline. This fight or flight response, or ergotrophic response, constitutes the body's most comprehensive reaction to a perceived threat.

The effects of activation of the parasympathetic system are inhibition, slowing and restorative functions, referred to as the trophotrophic response. This includes slowing the heart and pulse rate and dilating the blood vessels. The effects of prolonged stress can deteriorate one's health.

Relaxation techniques produce a temporary trophotrophic state. The state of deep relaxation is highly conductive to positive health since it is the physiological opposite of the sympathetic stress response and leads to psychophysiological restoration of the body.

Deep relaxation has been shown to be effective in the treatment of insomnia, hypertension, migraine, tension headaches, and subjective reports of anxiety, pain, etc. One of the many benefits of meditation is this state of deep relaxation.

Meditation is a technique which has been used for thousands of years within the religious and philosophical traditions of the East, and only for the past 60 years with the medical health care, scientific and psychotherapeutic traditions of the West. Several hundred papers and books have appeared in the medical literature describing the physiological and psychological effects of meditation, as well as the physical, emotional and spiritual well-being of the practitioners.

Meditation techniques have the potential for inducing an awakened trophotrophic state. Although there are many types of meditation one common element is some focal device like a mantra (a word or phrase, which has a special vibration, rhythm, universal and uplifting meaning) and or just focusing on breathing. The focal devise allows the intuitive, awareness and non-ego-centred mode of thought.

There have been a number of studies concerned with the reduction of fears and phobias and with stress management. These studies suggest that meditation may be a promising clinical intervention technique for stress-related disorders ranging from fear of enclosed spaces, examinations, elevators and being alone to generalized anxiety, anxiety neurosis, back pain, fear of heart attack, rehabilitation after heart attacks and bronchial asthma.

Meares (1982) has reported a number of cases of regression of cancer after intensive meditation in the absence of any orthodox treatment which could have accounted for the regression. Fleming (1985) reported the successful use of relaxation therapy in patients with far advanced cancer. One feature that each of the meditation strategies have in common is regulation and awareness of breath.

It is important for the doctor to inquire into the patient's pervious knowledge or experience of these approaches because misconceptions and misinformations can prevent their successful implementation. The patient should be provided with a basic explanation of the rationale and use of these approaches.

The argument in favor of using filler text goes something like this: If you use real content in the Consulting Process, anytime you reach a review point you’ll end up reviewing and negotiating the content itself and not the design.